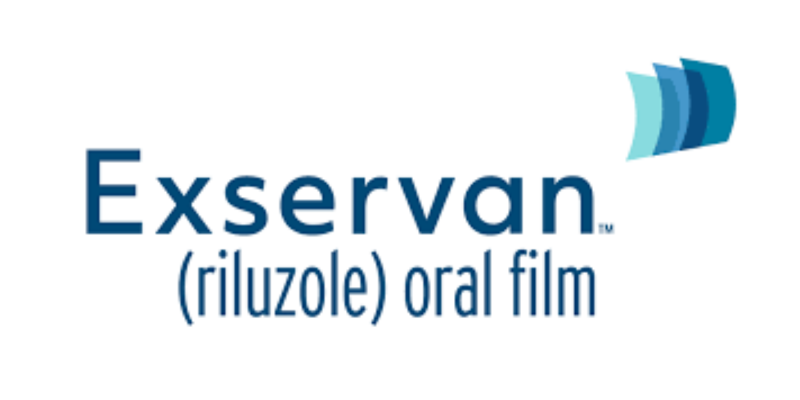 EXSERVAN™ (riluzole) is indicated for the treatment of amyotrophic lateral sclerosis (ALS).

Amyotrophic lateral sclerosis (ALS), also known as Lou Gehrig’s Disease or motor neuron disease, is a rare, progressive, group of neurological diseases that impact the nerve cells (neurons) responsible for controlling voluntary muscle movement (e.g. muscles involved in swallowing, walking, etc.). The affected motor neurons in ALS can be divided into upper and lower motor neurons. Upper motor neurons are neurons sending messages from the brain to spinal cord and lower motor neurons are neurons sending messages from the spinal cord to particular muscles. The muscles progressively weaken as these neurons deteriorate (degenerate) and die resulting in the brain’s inability to communicate with muscles.

ALS can be classified as sporadic or familial (inherited). Sporadic causes of ALS can be subclassified into 4 groups: classical ALS, primary lateral sclerosis (PLS), progressive bulbar palsy (PBP), and progressive muscular atrophy (PMA). Although the causes of ALS are not completely understood, multiple complex factors may contribute to the degeneration of motor neurons. Researchers over the years found several genetic mutations and cellular defects that may play a role in motor neuron degeneration. Environmental factors such as exposure to toxins or infectious agents, viruses, physical trauma, diet, military service, and occupational factors may also be involved in the development of ALS.

ALS occurs in one of two distinct ways: limb onset or bulbar onset. Symptoms can start in one specific site (either limb or bulbar) or it is possible for symptoms to present in both simultaneously.

For many individuals, the first sign of ALS may appear in the hands or arms, known as limb onset. These patients present with difficulties performing tasks such as buttoning a shirt, writing, or holding and manipulating an object in their hand. As ALS progresses, individuals will experience challenges with walking or running, leading to wheelchair dependency.

Others may first present with signs of ALS in their throat and face, known as bulbar onset. These people experience difficulty with chewing or swallowing food, forming words, or have abnormal movements of the tongue. This makes it difficult to eat normally and increases the risk of choking. As these symptoms progress, affected individuals will experience issues with speaking and/or breathing. Respiratory failure is the most common cause of death in ALS.

ALS is most commonly diagnosed in people aged 40 years old into their mid-60’s. ALS is currently diagnosed by ruling out other neurological conditions in combination with symptom presentation. There are no diagnostic tools available to confirm a diagnosis of ALS, but there are some that can aid in its diagnosis:

There are four FDA agents to help slow the progression of ALS. Rilutek (riluzole tablet), Tiglutek (riluzole liquid), Exservan (riluzole oral film), and Radicava (edaravone). Nuedexta is also indicated for the treatment of those ALS patients with pseudobulbar effect (PBA).  Exservan is a newer formulation of riluzole that allows for extended use of riluzole in those with difficulties swallowing due to its oral biofilm technology. There is no treatment that stop the progression of ALS or reverses any neuron damage that has occurred. Patients typically also receive muscle relaxants, medications to inhibit secretions, and pain medication to manage other symptoms of ALS.